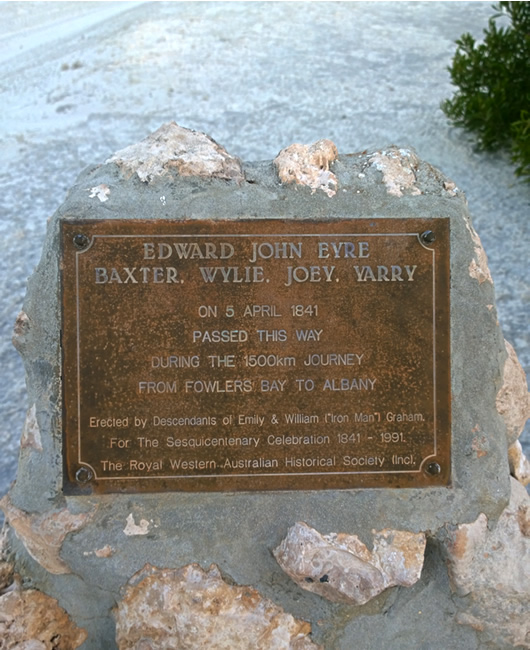 Memorial to Edward John Eyre and his companions near the Eyre Bird Observatory, Eyre, Western Australia. On the way to the beach, along a sand track, is this memorial to Edward John Eyre and his companions. He was only twenty six years old when he was here in 1841, on an arduous 1500 km journey from Fowler's Bay in South Australia to Albany in Western Australia. He and one of his Aboriginal companions, Wylie, barely survived the journey. His companion Baxter had been murdered by the other two Aboriginals, Joey and Yarry. April 2014.