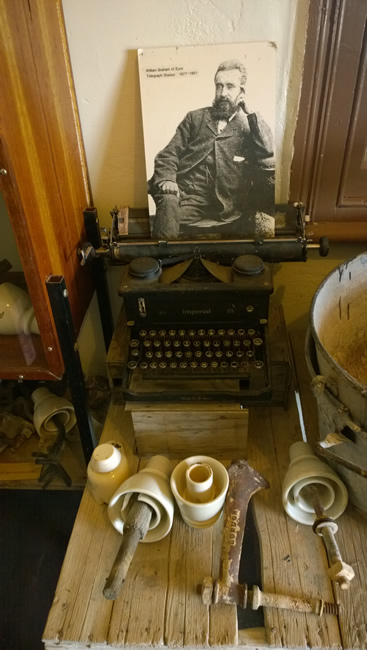 A picture of William 'Iron Man' Graham in the museum room at the restored limestone Telegraph Station building that houses the Eyre Bird Observatory, Eyre, Western Australia. William Graham, the first station master at Eyre was very hard on his 11 children, but he was also hard on himself. He once rode a bicycle 320 kilometres along the telegraph track from Israelite bay to Eyre. He would regularly swim several kilometres from supply boats back to shore through shark infested waters.