Split Point was originally called Eagles Nest Point. The lighthouse was built in 1891. The original light source was vapourised kerosene. When it was taken over by the Commonwealth Government in 1919 the light was converted to acetylene and automated. Conversion to mains electricity took place in 1972. An early keeper had an interesting solution to the tedium of the light keeper's job:

"The keeper at Split Point at Airey's Inlet in Victoria did not exactly sleep on the job but he did not see why he should be deprived of his social life at night. He scratched a small hole in the black paint on the back of the lantern, which prevents the light shining inland and annoying residents. This keeper, Richard Joy Baker, scratched the hole to line up with the Airey's Inlet Hotel. Each time the lenses rotated, the light winked through the hole, assuring the keeper (who had retired to the hotel) that all was well."

More info on the Split Point Lighthouse at Lighthouses of Australia, Inc 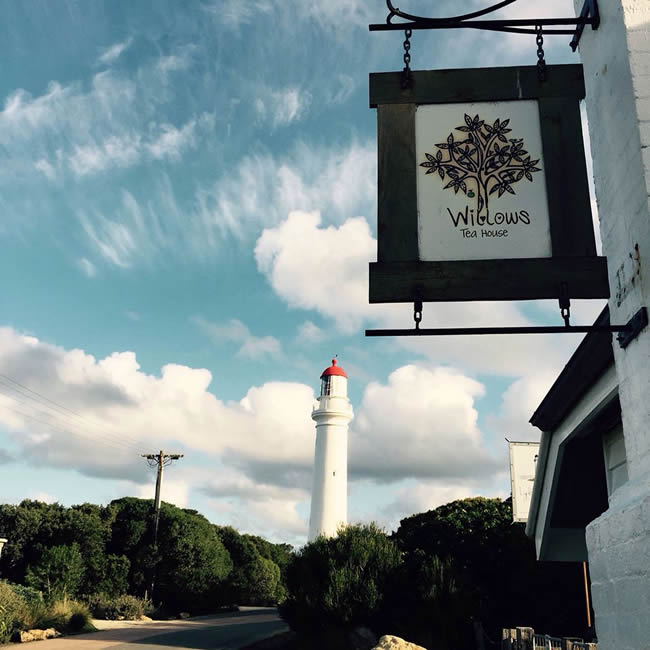 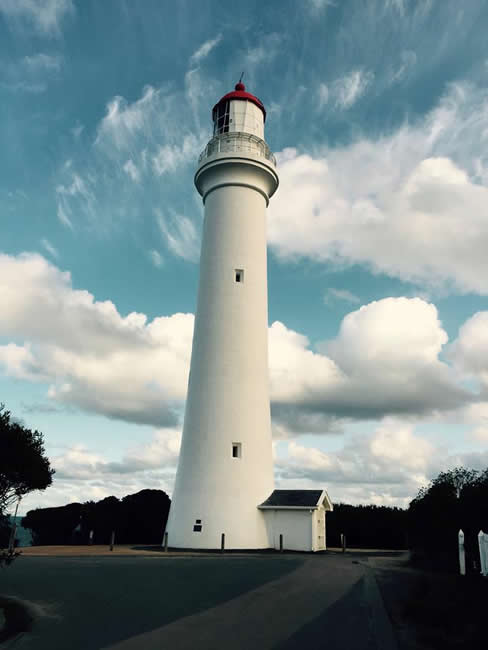 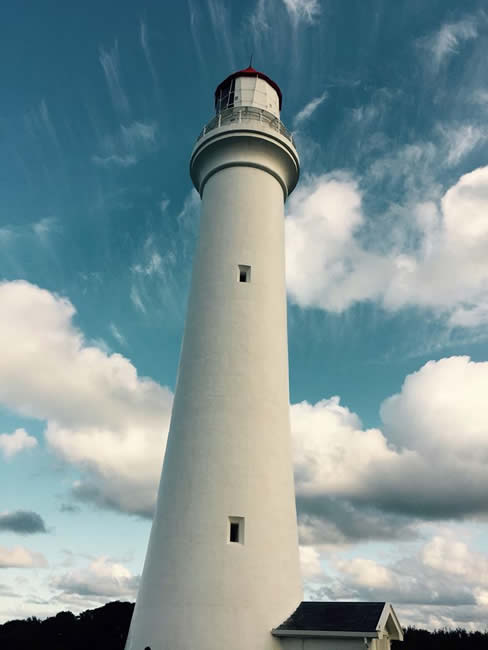 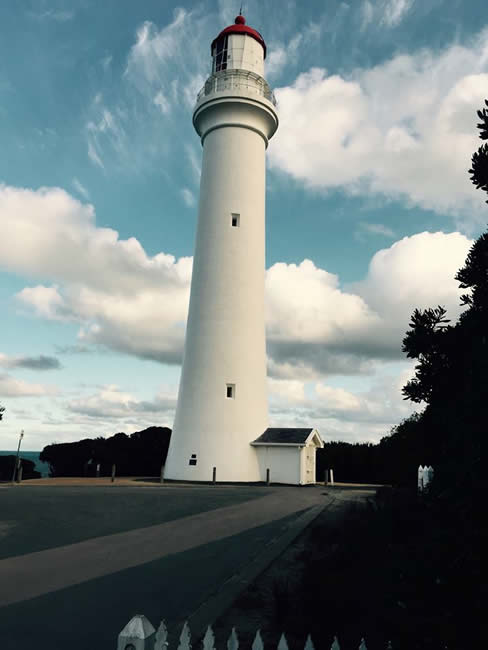 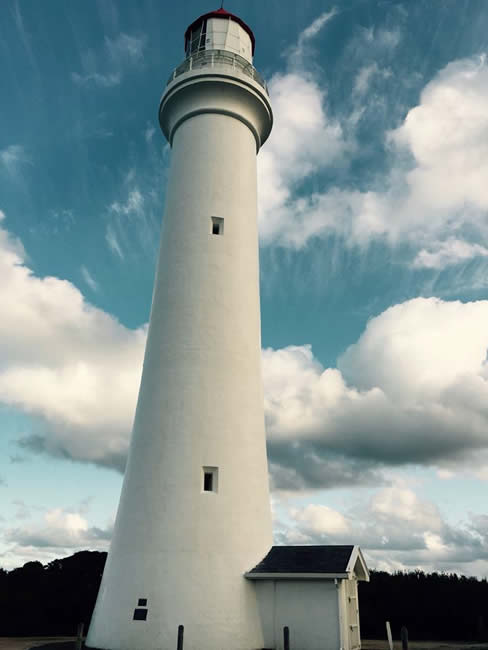 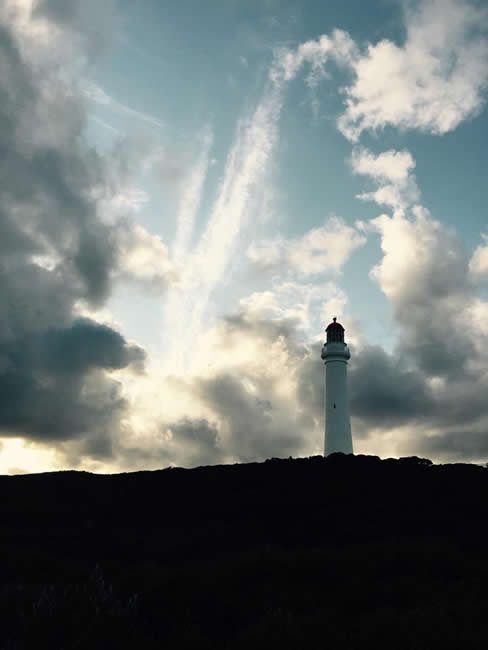 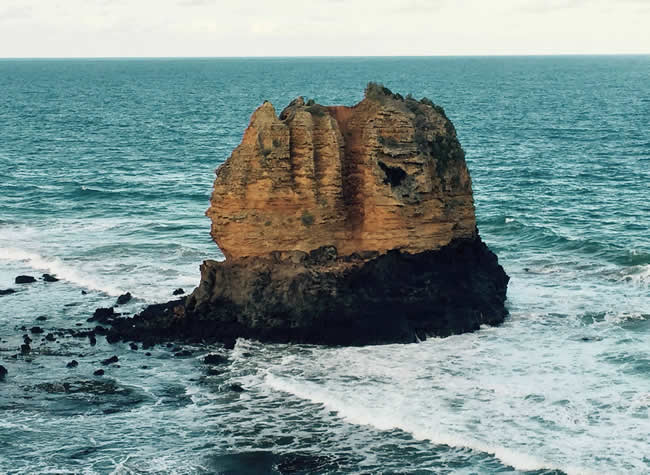 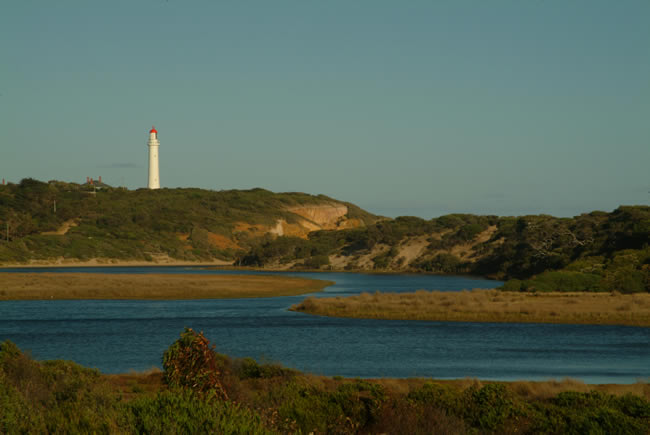 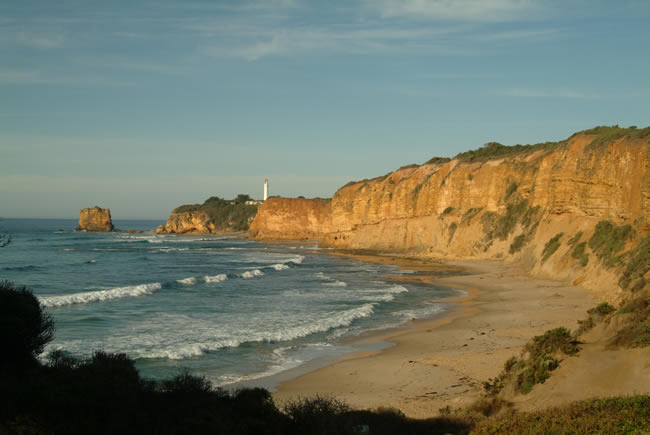 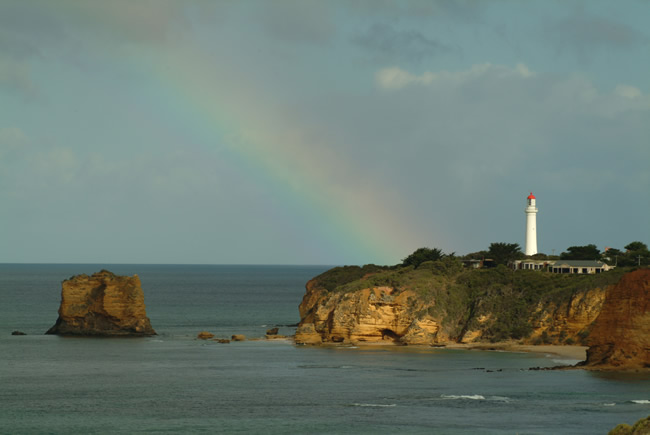 Natural spotlight on the cliff face at Split Point Lighthouse, Aireys Inlet, Great Ocean Road, Victoria, Australia. A narrow spotlight of sunshine breaks through rain clouds skimming across the lighthouse and a small portion of the cliffs, while the remaining cliffs remain subdued in overcast lighting. At the same time the sunlight creates a rainbow backdrop to the scene. February 2003. 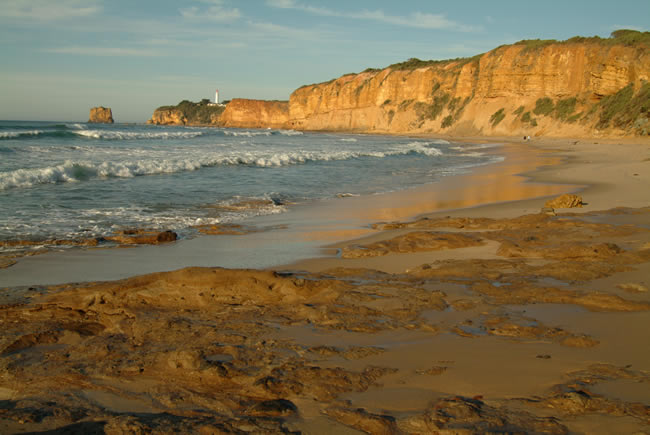 Warm morning at Split Point, Aireys Inlet, Great Ocean Road, Victoria, Australia. The beach here at Aireys Inlet is spectacular with the towering cliffs above the beach and the light house perched on top. The warm morning light illuminates the cliff face and the reflection in the wet sand looks like liquid gold. June 2003.