These pics of Murray River Paddle Boats give you a picture of what it was once like. Many of them are now diesel powered rather than steam powered, so they cannot be called paddle steamers. The are a number of true steamers left, including the PS Marion at Mannum, the oldest paddle steamer in Australia, the PS Adelaide operating in the Echuca area, and the PS Melbourne operating in the Mildura area. 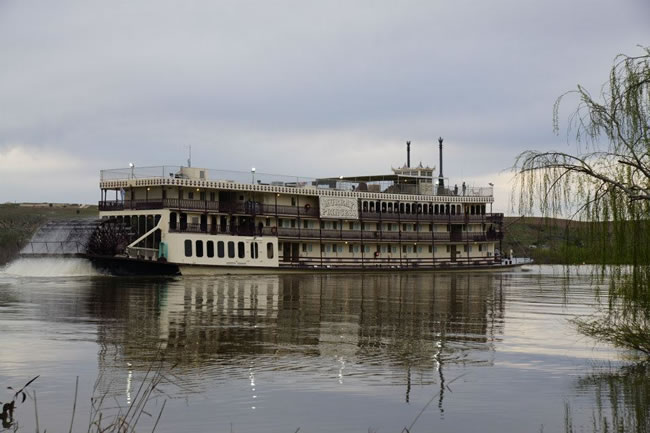 Paddle Boat Murray Princess, in the grand style of years past. Murray River, Mannum, South Australia. Note that this is a stern wheeler, with the paddle at the back. Other paddle boats were side wheelers, with a paddle on each side. This one is a 'PB', Paddle Boat, rather than 'PS' Paddles Steamer, because she is diesel powered. 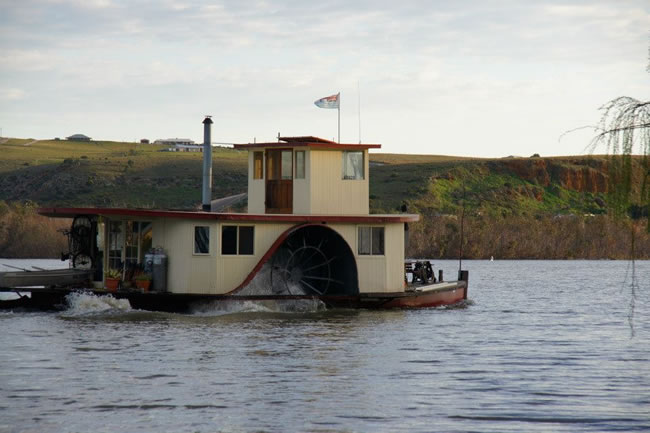 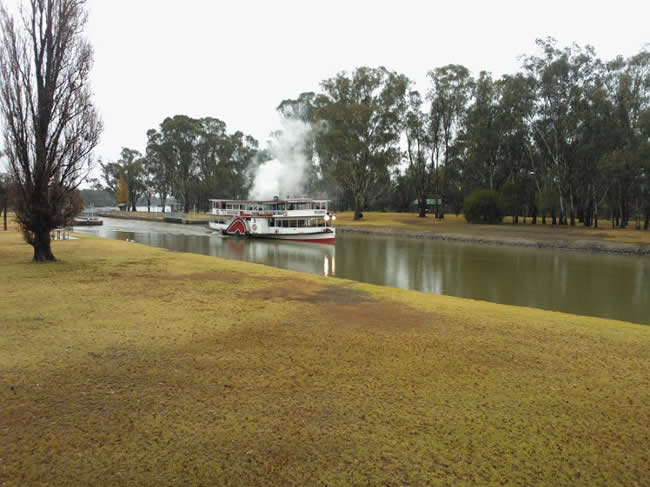 Paddle Steamer PS Melbourne, in the grand style of years past. Steaming on the Murray River, Mildura, Victoria, Australia. This is a video taken in April 2012.