The Boolboonda Tunnel is an abandoned railway tunnel near Mount Perry, Queensland, Australia. At 192 metres long it the longest unsupported man-made tunnel in Queensland. Its construction represented an important engineering feat for rail transport in Queensland at the time. It was built in the 1880s for the Bundaberg to Mt Perry railway line, passing under the Boolboonda Range. The two years that it took to build was pretty quick, considering it was cut through hard granite rock, and it was the 1880s!

Completed and opened in 1883 and operated until 1960 when the line was closed. The railway line was removed in 1961. It was quite an engineering achievement in it's time!

The tunnel is now open to cars and other vehicles on a gravel track, which is maintained by the Bundaberg Regional Council. 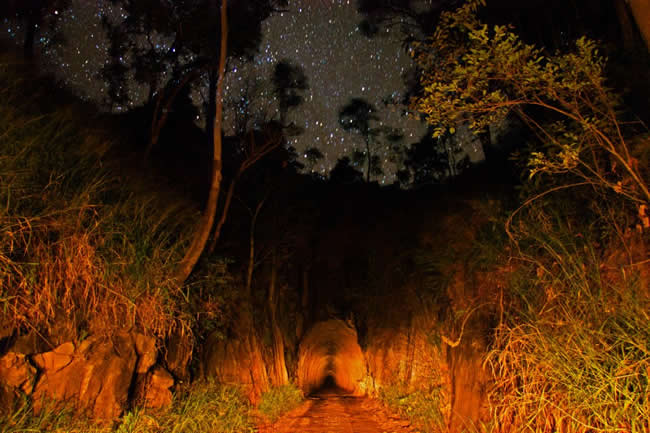 Beautiful night shot of the Boolboonda Tunnel, near Mt Perry, Queensland, Australia. A really interesting pic showing both the tunnel and the starry night sky. 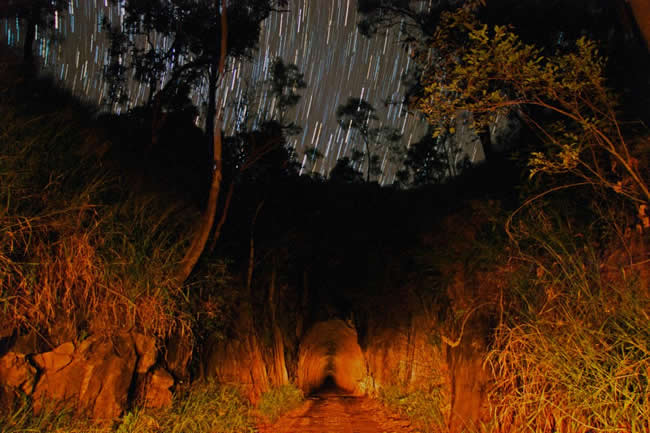 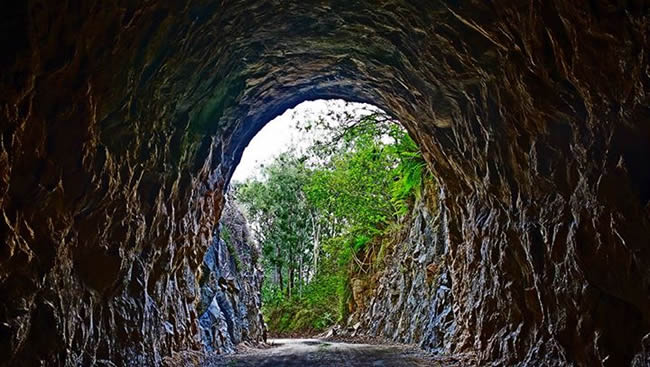 From the inside looking out of the Boolboonda Tunnel, near Mt Perry, Queensland, Australia. 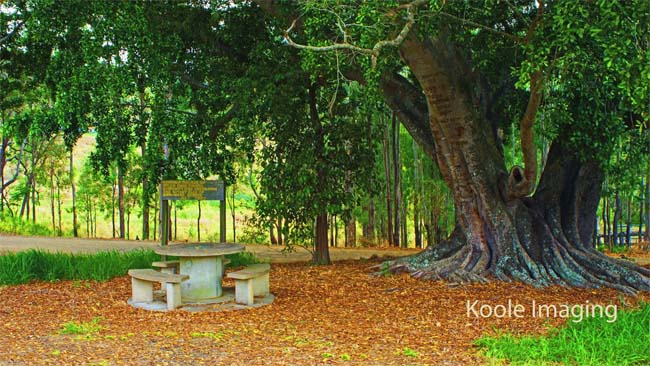 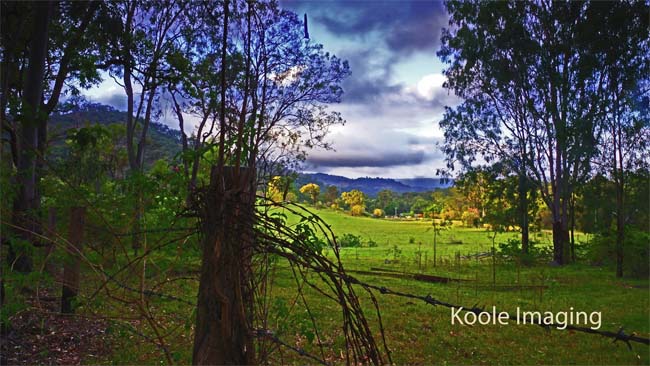 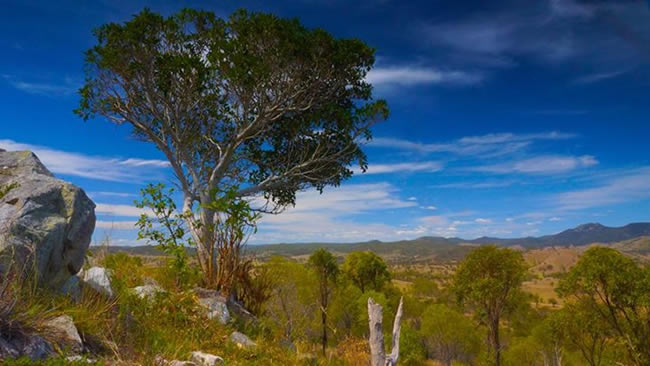 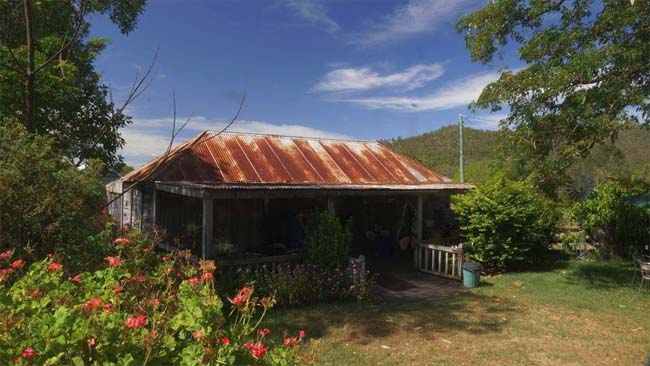 Where the modern meet the past. Wine cellar near Mt Perry Queensland, Australia. Formerly a blacksmith's shed on a Queensland station. Now fitted out inside as a wine tasting cellar while maintaining the old charm. At a winery near Mount Perry.