The bridge as seen from the Opera House 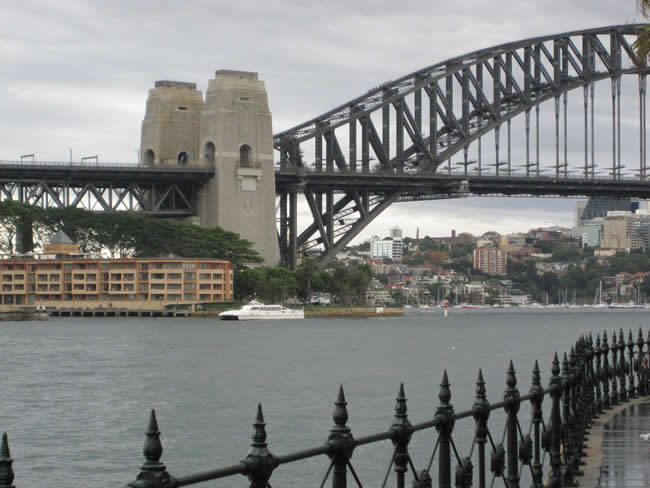 The bridge as seen from the Opera House. If you look carefully you can see a party of bridge climbers just returning from their climb to the top of the bridge.

When the bridge was opened in March 1932 the then Premier of New South Wales Jack Lang was upstaged by a Captain Francis de Groot who came charging through on his horse and slashed the ribbon with his sword before Mr Lang had a chance to cut it!

The arch itself is just over half a kilometre long (503 metres), and the whole bridge is more than twice that at 1149 metres. When they designed it they left 49 metres underneath so ships can easily pass through. The Bridge deck is a massive 49 metres wide, and has a six lane roadway down the middle which carries 100 000 vehicles a day. On the western side there is a train line, as well as lanes of traffic, and on the eastern side there is is a pedestrian walkway.