The present lake was formed in 1928 by the construction of a 52 km-long earthen embankment around the original depression and acts as a water-balance storage to ensure water entitlements to South Australia. It is also a significant cultural site for the local Aboriginal people. 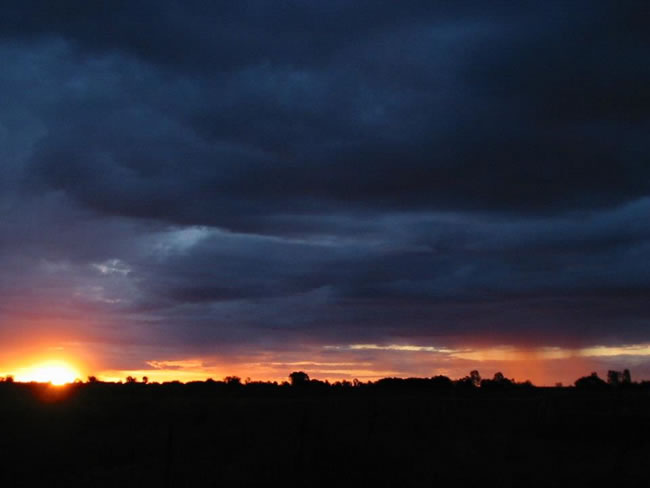 Red sky in the morning ..., Maude New South Wales, Australia. Maude is located 52 kilometres west of Hay, on the banks of the Murrumbidgee River. 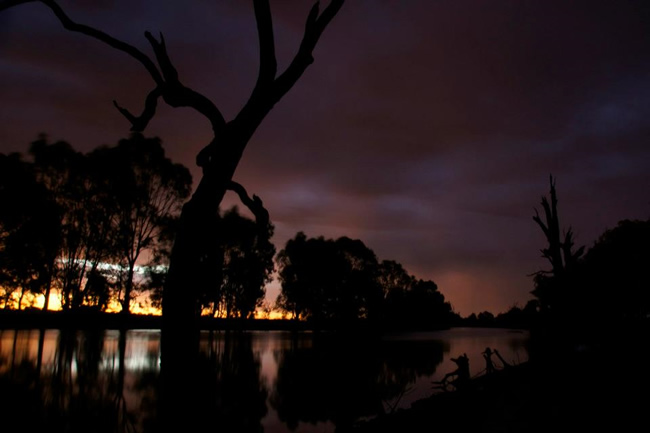 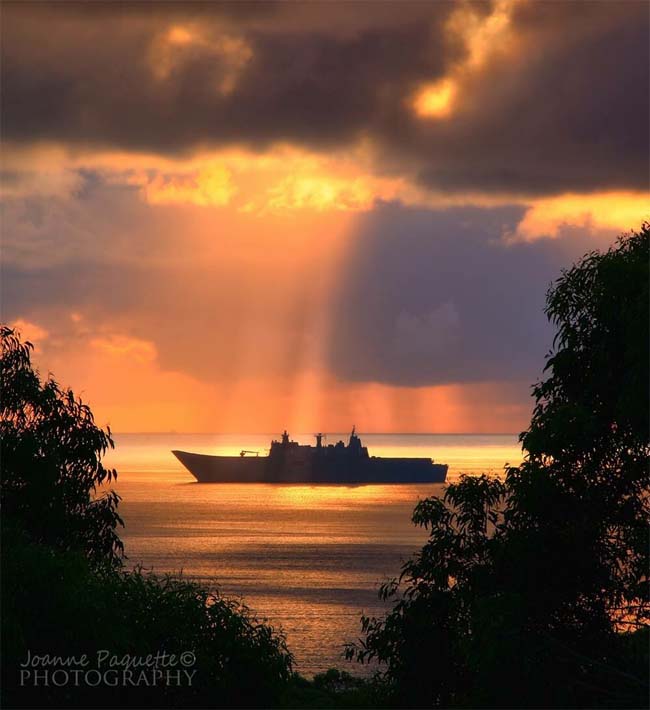 Copyright © Joanne Paquette Photography. Used by permission and with appreciation.

HMAS Adelaide is the third RAN ship by that name. She is a helicopter carrier, with a somewhat awkward title of a Landing Helicopter Dock (LHD). Together with her sister ship, HMAS Canberra, she is the largest ship in the navy. At 27 500 tonnes with an overall length of 230 metres, she is bigger than the aircraft carrier HMAS Melbourne, which was retired in the 1980s.

All three services are present on board. The Navy personnel operate the ship; there is accommodation for 1000 troops with 100 armored vehicles and four landing craft; and there are 12 attack/ transport helicopters on board. There is also a 40 bed hospital.

She was launched in Spain, where she was built, on 26 July 2012, and completed at the Williamstown dockyard in Melbourne.

Jervis Bay is located about 200 kms south of Sydney. 70 square kilometres of land on the southern headland of the bay form the Jervis Bay Territory, which is a territory of the Commonwealth of Australia. It is the home of the Royal Australian Navy base, HMAS Cresswell.

The bridge was designed by John Whitton, the then Engineer-in-Chief for Railways in NSW, and built in 1888. It is called a 'Queen Post viaduct' construction, built from ironbark hardwood.

This pic is Copyright © Christina Schuringa-Oostryck, and is used by permission and with appreciation. 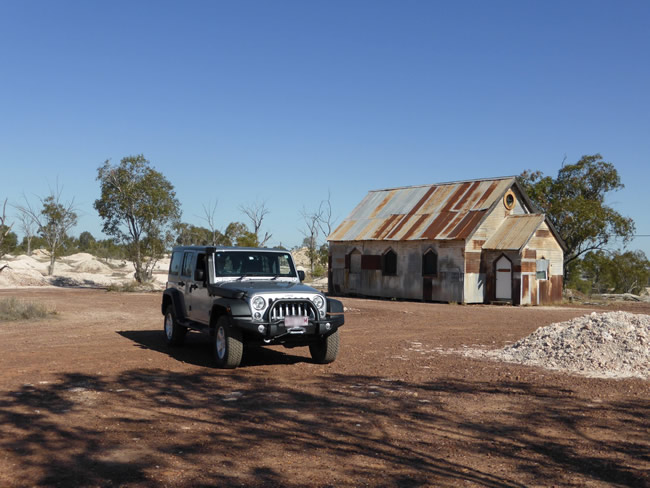 Church building built for the movie 'The Goddess of 1967' at Lightning Ridge, New South Wales, Australia. The film is about a 1967 Citroen DS car - the Goddess of the movie. It is a story about a rich young Japanese man who comes to Australia to buy a Citroen, but ends up going on an outback tour reliving a dark past with his travelling companion. The story is set largely around Lightning Ridge, in New South Wales. The movie was directed by Clara Law. June 2016.

More info on The Goddess of 1967 at Wikipedia.

This pic is Copyright © Christina Schuringa-Oostryck, and is used by permission and with appreciation.