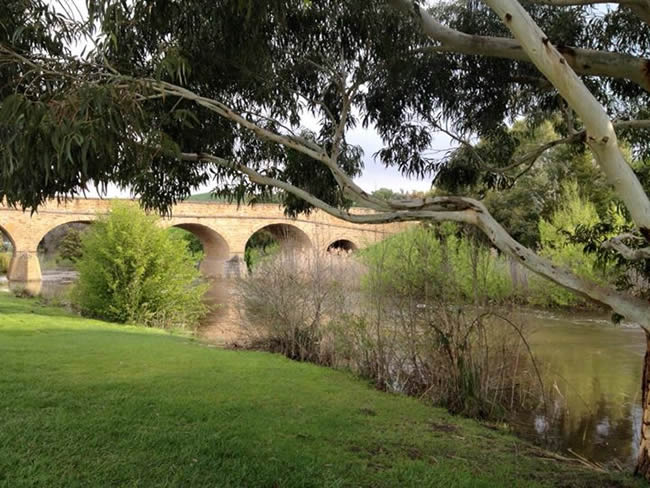 The Richmond Bridge, Australia's oldest operating bridge, at Richmond, near Hobart, Tasmania, Australia The Richmond Bridge is the oldest still working bridge in Australia, and the oldest stone arch bridge in Australia. Construction was started in 1823, when the foundation stone was laid, and finished in 1825. The bridge was built using convict labour. In 1832, George Grover, a deeply unpopular local gaoler because of his ferocity in flogging prisoners, was murdered by being pushed off the bridge. In 1885 the three middle piers had the larger cutwaters added, while the two outer piers did not. September 2016.