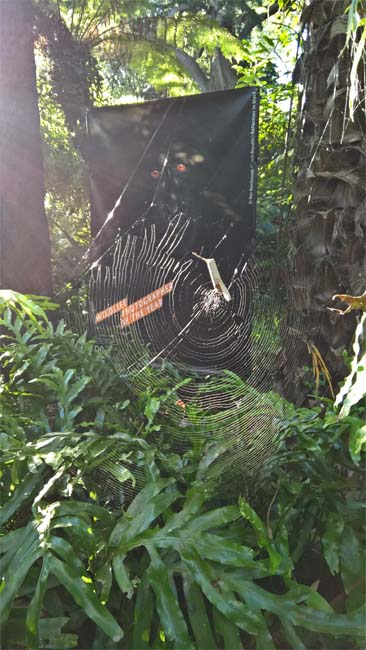 Curly leaf spider, Geelong Botanic Gardens, Victoria, Australia. The sunlight catches the web of the curly leaf spider. The spider uses a leaf which it curls - sometimes a piece of paper or other object is used - as a hiding place from predators as well as to avoid being seen by potential prey. They are common in north, eastern and south eastern Australia. Another entrant in the Photographer of the Year is in the background. March 2016.