Emus are found in every state of Australia, including South Australia 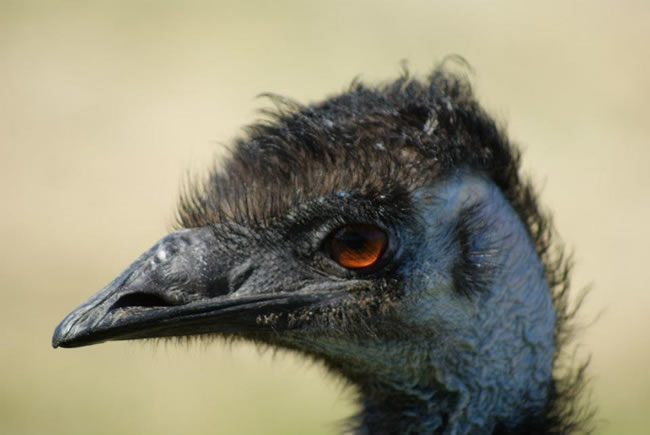 Emus are found in every state of Australia, including South Australia. They are part of the ratite group of large flightless birds, which includes the ostrich and the cassowary.

Emus can move very quickly. I once had an old man emu running alongside the car on the Eyre Highway a few miles east of Norseman in Western Australia. He was a big powerful bird and he matched the car's speed of a bit more than 60 kilometres and hour for a short distance, before he decided that the scrub was a better option! It was beautiful to see him run, with his feathers flowing in the wind and his body seeming to flow over the ground.

Watch John Williamson sing a humourous song about Old Man Emu in this old black and white clip from the 1970s: