The Terang lake, with the old Catholic church and presbytery, western Victoria, Australia 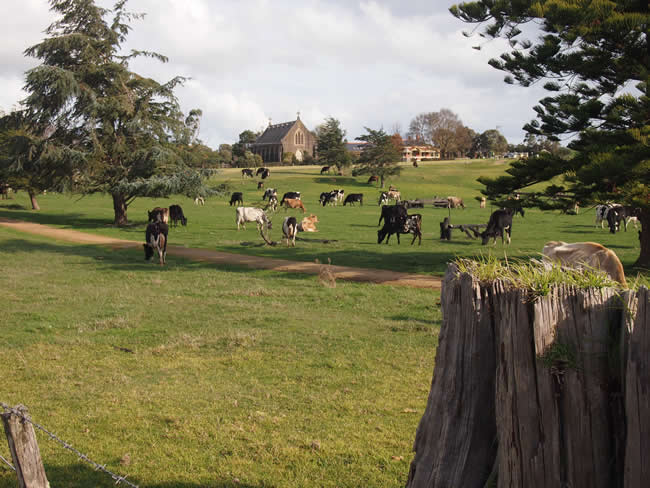