An End To Isolation

Work began on the Great Northern Railway in 1878 to link Port Augusta with Darwin and open-up central Australia. The southern section of the line reached Alice Springs in 1929.

The train running this line became known as "The Ghan", named after the Afghan camel drivers who had contributed to the development of communication and transport links in inland Australia.

After the Old Ghan ceased running, it was replaced by the "Legendary Ghan" in 1980, and now travels to Alice Springs on a standard gauge railway line from Adelaide via Tarcoola, west of the old track. It can be seen from the Old Ghan Heritage Railway complex as it speeds into Alice Springs. The final link to Darwin was completed in 2001. 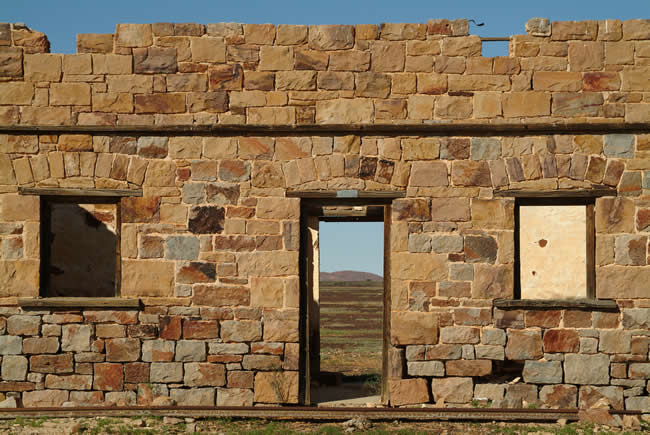 The original narrow gauge (3ft 6ins) railway is closed, and the most of the original track has been removed. The train running this line became known as "The Ghan", named after the Afghan camel drivers who had contributed to the development of communication and transport links in inland Australia. 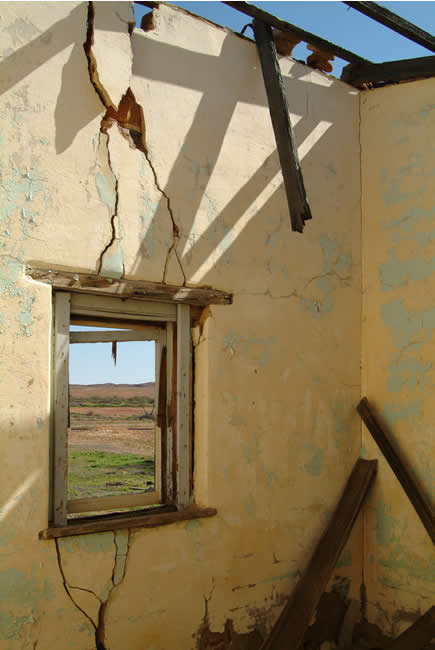 Historic Ruins, Old Ghan Railway, South Australia. Many sturdily built buildings built to service the needs of travellers and train crew now lie abandoned, slowly crumbling into dust. When the need is no longer there the facility provides no useful purpose and is abandoned. August 2005. 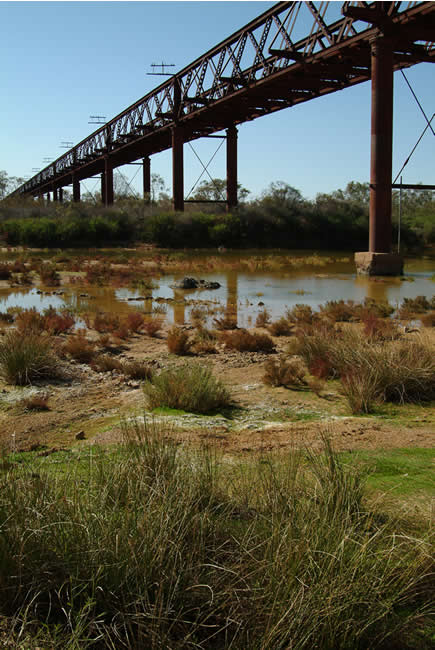 Ruins of a railway bridge, Old Ghan Railway, South Australia. The Ghan railway was progressively built in response to a number of needs. These came from mining companies, graziers, wheat growers and later to ease unemployment.

The railway was abandoned in 1981 and by 1987 virtually all useful materials had been salvaged. Within six years the line looked like it had been abandoned for a hundred years.

During the planning of the line in the 1880s the South Australian government realised that the bridge need to span the Neale river flood plain need to be pretty substantial. The tender was let to a James Hooker, who owned the Lion Foundry in Kilkenny.

Construction began 1890 and was completed in January 1892.Because it was not ready for the opening of the Warrina to Oodnadatta section of the railway in January 1891 they had to use the temporary construction causeway. This clearly demonstrated the need for the bridge - it was flooded three times in 12 months, with the line being cut twice.

There is a rest area for travellers near the bridge. 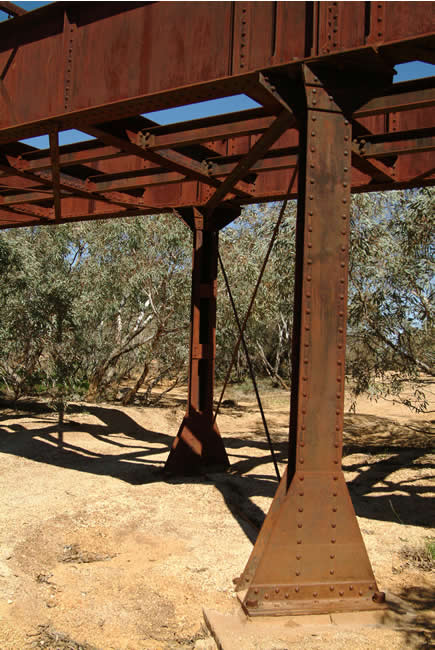 Station owners allow free bush camping here and it is a good gravelly campsite under the old bridge. It is, however, occasionally subject to flash-flooding. August 2005. 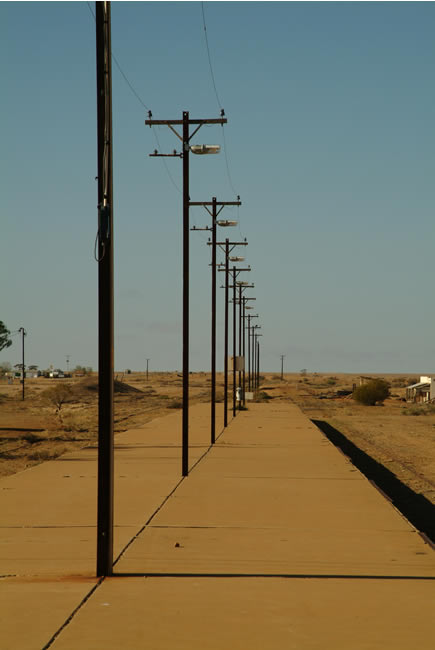 Railway platform at Marree, Old Ghan Railway, South Australia. Marree is the Australian outback, the start of the Oodnadatta Track and the finish of the Birdsville Track.

Marree was originally a settlement known as Hergott Springs named after the springs nearby. It was the main stop over for the Ghan Railways line. In 1980 the old Ghan railway was closed. July 2005. 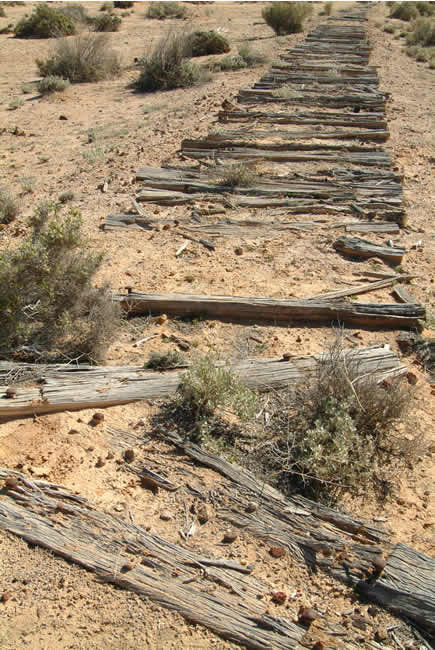